Student Voices: Floor to the UArctic Board Student Representatives

Each year a new person is selected as a student representative for the UArctic Board for a three-year term.

The three students recognize their strengths that lie in their differences, which has helped them achieve more in their nominated positions. They have built on the voices of the many students involved in past UArctic student declarations by presenting a list of goals and action items to the UArctic Board to benefit students across UArctic. In this article, the trio shares the experiences that have forged their strength as student representatives, and explain the reasons behind their active and personal engagement with UArctic. 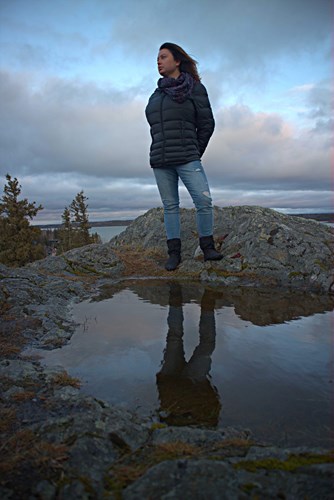 Through an opportunity with my supervisor and university, I first became involved in a UArctic student forum and Congress in 2016. For the first time in university, I met others who felt a shared admiration, appreciation, and love for the North and its Indigenous people.

My involvement with UArctic is personally important because I want to continue cultivating an atmosphere that appreciates the perspectives and knowledge of the Indigenous Peoples of the North. I believe non-Indigenous and Indigenous people working together can ignite new answers in research and education. Education helps us create the future we want, and UArctic provides many educational opportunities to benefit the North. I come from a familial line of educators who practiced an Indigenous pedagogy of education and had amazing impacts in the North. I believe incorporating more Indigenous pedagogy in Arctic education can have tremendous results that can alter the future of the Arctic for the better in terms of climate, health, justice, and environment.

Growing up in northern Canada in my small First Nations community helped me understand the strength of our First Peoples and the Indigenous traditional knowledge used to endure harsh, unforgiving climates. I wanted to become actively involved in Arctic solutions, and I knew that UArctic connects many different institutions, communities, and people. I believe having northern Indigenous voices on the UArctic Board is an important step in creating solutions that are realistic and relevant on a global scale. 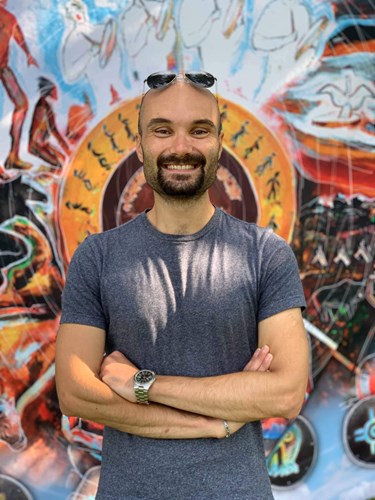 I started to get interested in Arctic issues more than ten years ago when I was still an undergrad student in politics and international relations in Italy. In 2014 I spent a semester in Turku where I wrote my master’s thesis on the rights of the Sámi in the context of the exploitation of natural resources in the Nordic countries. Since then, I have lived in Rovaniemi for two years and carried out fieldwork with First Nations in Northern British Columbia. I am now in the process of finalizing my PhD on the cumulative effects of industrial development on the culture and socio-economic organization of First Nations of Northeastern BC.

I’ve always been attracted to international forums where it is possible to get to know and work with colleagues from all over the world. I have been involved with UArctic since 2017 when I attended a winter school organized by one of the Thematic Networks, funded by the north2north program. That experience made me aware of the potential of UArctic and its values. When I saw the call for the UArctic Board position, I thought it was the perfect way to contribute.

Being an active member of the Board has allowed me to better understand UArctic’s mission while promoting its activities and goals. I am aware of the importance of having our voice heard when it comes to the challenges young generations must face in a fast-changing region like the Arctic. Being involved in the decision making of the Board is therefore essential in shaping a future where students' needs and desires are taken into account. At the same time, it gives us responsibility, as we will be accountable to future representatives about the role we have played while being UArctic Board members.

I am engaged in UArctic as I find its work necessary, innovative, and inspiring. For example, in my tiny hometown in northernmost Finland, UArctic offers a variety of opportunities for bottom-up internationalization. Reindeer herding students have the possibility to network with their peers abroad, and higher education students can have exchanges with other northern universities. It’s valuable, considering the fast changes we are experiencing in the Arctic. It is good to meet peers and share experiences.

Many future scenarios for the Arctic are dramatic, or at least profound by nature. For this reason it is crucial to shape the future actively and collectively. That is precisely where UArctic has an essential role: by coordinating the education and research for the whole Arctic region and beyond. I find it vital to build future generations' capacity, and UArctic is a critical stakeholder in this work. We need that to make the Arctic region prepared to face the already ongoing changes.

For me, born and raised in the far North, Arctic issues are quite a natural interest. I have always been interested in what is happening in the world, but it was during my freshman year at the university when I understood that the Arctic unites my multiple interests within my field of study. Earlier, I considered the Arctic to be somewhere else, not part of my daily life. Today, I feel I am a part of the warm-hearted Arctic community, where UArctic has a valuable role.