21 year-old Cecile Levieil first became interested in the Arctic as a kid, watching animal documentaries on television.
“When you’re a child, you watch those documentaries about one animal, you know? I always watched one about the Arctic wolf. My father still teases me because I always said I wanted to be an Arctic wolf researcher when I grew up,” said Levieil with a laugh. 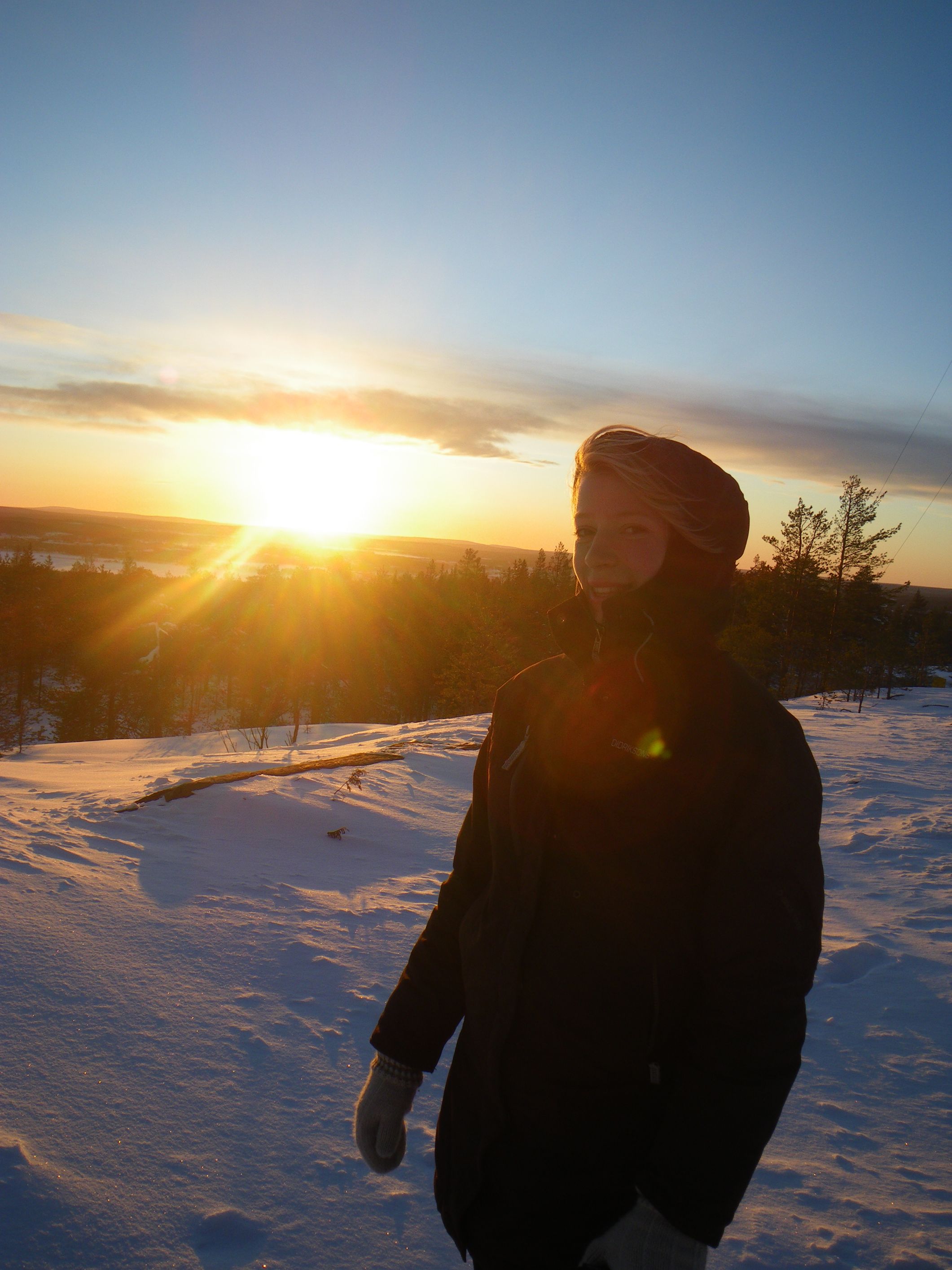 She may not be studying the Arctic wolf in particular, but Levieil is fulfilling part of her childhood dream, by taking part in the Arctic Studies Program (ASP) at the University of Lapland, in Finland.

Levieil, who grew up in Brittany, France, has been studying political science in Lyon, a city of about 1 million people. Her home university requires that all students go abroad during their third year, which gave Levieil the chance to finally visit the Arctic. In the fall of 2008, she arrived in Rovaniemi (population 60, 000), the capital of Finnish Lapland, which is located directly on the Arctic Circle.

Her first impression was: “this was a place I could live in,” said Levieil. “You can do so much in one day without hurrying and the people at the University are so nice. There are all these opportunities to work and travel and above all, in Rovaniemi, you’re almost right in the nature.”

For the past seven months life for Levieil has basically revolved around the north. She’s been working as a guide for a local winter safari company, taking courses about all aspects of the Arctic, and constantly talking about the Arctic with friends and fellow students. Even her daily bicycle ride to school inspires her to think about the northern environment. “When I cross the bridge everyday, I’m like, ‘Wow!’,” said Levieil.

When she leaves Rovaniemi in the summer, however, this will all change. “I was sad that next year I’d have no courses about the north. All I’ve talked about here are northern issues and next year I won’t have that at all,” she said.

Luckily, Levieil recently heard about UArctic’s Bachelor of Circumpolar Studies (BCS) program and she is now determined to take BCS courses when she returns to France. She hopes to complete the BCS certificate, while finishing her degree at home. It may be a lot of work, but Levieil was impressed by the flexibility of the program. “I can register with Bodo University College and do it online, anywhere,” she said enthusiastically.

After completing her degree, Levieil hopes to do a Masters and would eventually love to work for the EU on Arctic Issues. “That would be a dream,” she said.

When asked what the most valuable thing she’s learned during her time in Finland, “how to make a fire” was the first thing that came to mind for Levieil. Jack London would likely agree.
﻿
Tags: student profilesnewsstudent newsbcs newsbcs student profiles