Jokkmokk Winter Conference 2011 “Pathways to Sustainable Northern Communities” was concluded on Thursday, February 3. The conference took place for the fourth time in Jokkmokk, Northern Sweden.
Surrounded by the northern Scandinavian forests, the municipality of Jokkmokk hosted the annual winter conference for the fourth time. Having started in 2008, this year’s theme of the conference “Pathways to Sustainable Northern Communities – Regional Empowerment for Change” aimed at looking beyond the dominant position of the nation s 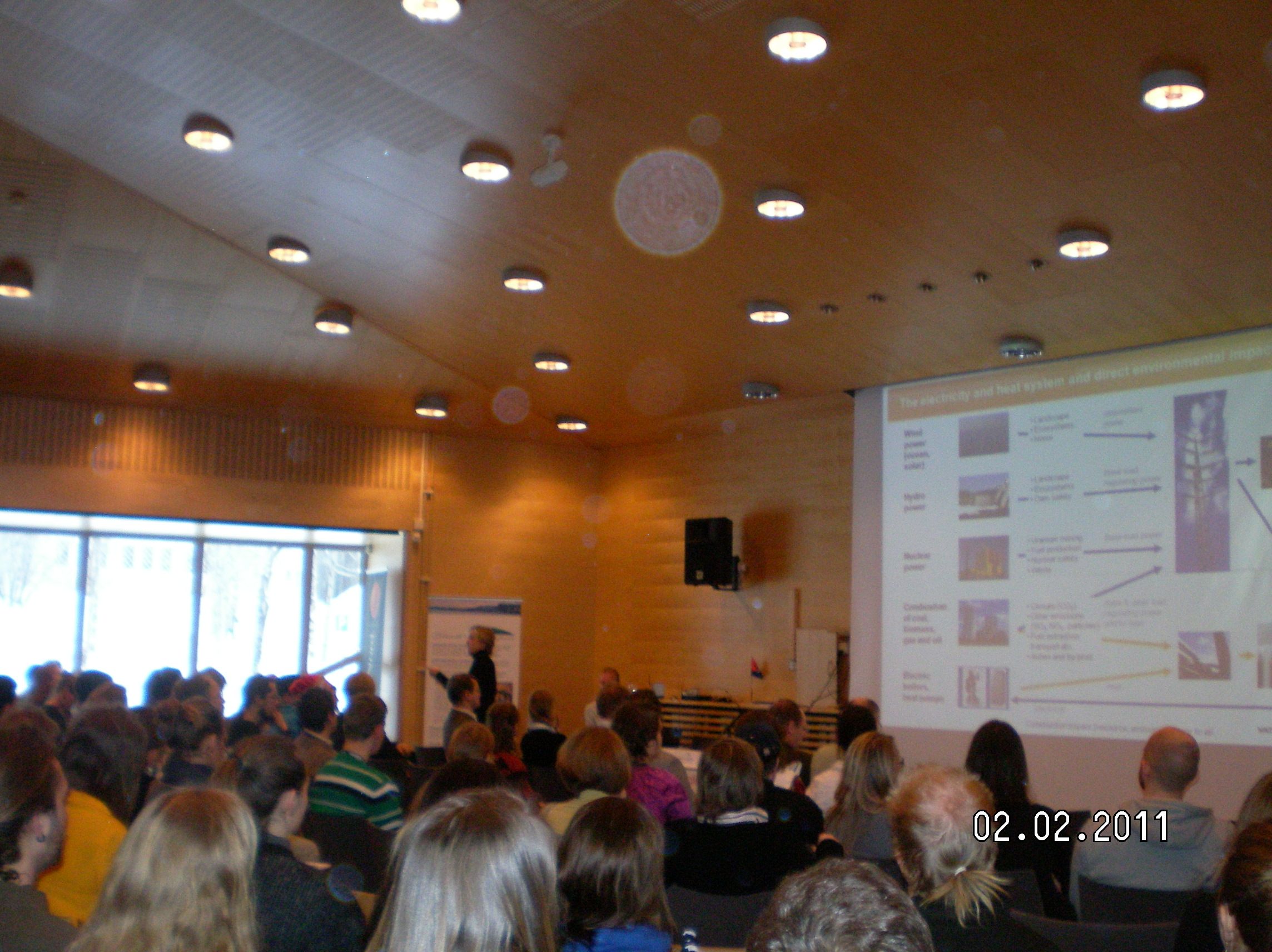 tate in effective climate governance, but focusing on the opportunities for regions to produce food, energy and thus create sustainability. The conference was attended by 230 people from 23 different nations. The participants were comprised amongst others of high school students, university students, indigenous representatives, young and senior researchers, environmental groups, business representatives, as well as regional and high-level decision-makers.

The conference was opened by several short presentations, addressing the different topics of the conference as well as other pressing issues dealing with the change in the climate and associated resource extraction in the Arctic. Pär Holmgren, famous meteorologist from the Swedish television, gave an overview on the effects of climate change on the Arctic, newest data on global warming, followed by questions and answers from the audience.

The presenters strongly emphasized the role of communities and locals to achieve sustainable development. Therefore, clear hints on regional empowerment were given, for example by Ilan Kelman of the Centre for International Climate and Environment Research – Oslo (CICERO). Also theoretical aspects of democracy and power were covered, such as by Lassi Heininen of the Northern Research Forum (NRF) . To include the participants into finding solutions to sustainability on a regional and local level, the audience took part in four parallel workshops, dealing with local food production, best practices on climate protection, national interests vs. common goods in the

Barents Region and power perspectives on climate change. The findings were then presented and discussed with all participants. Focus was also laid on the economic aspects of sustainability in the northern areas.

Aspects of the changing economics of climate change or the economic benefits of sustainable and renewable energy production on the local level were discussed. To further include the audience into the discourse on climate change and associated issues, round tables were set up to delve into local community strategies for sustainable development, renewable energy production as a means for regional development and  indigenous perspectives on sustainable development. The latter round table was attended by HRH Princess Victoria of Sweden, to gather further information on the changes and needs relevant for the Arctic and sub-Arctic regions and peoples. Furthermore, High-level representatives such as the Ambassadors of Russia and Canada to Sweden or the mayor of the Winterolympic municipality of Whistler, Canada, participated in the discussion.

Yet another focus was given to the role of local food production and (eco) tourism in the Arctic. For example, the mayor of Whistler, Ken Melamed, stressed the link between sustainability and the Olympic Winter Games his municipality hosted in 2010. The role of
﻿
Tags: news