“The New North” – An Interview with Matthias Hannemann

Recent developments in the Arctic have yielded a vast number of alarming statements in the media all around the world. With increasing interest of non-Arctic states in the Arctic, also in the German media alarmist tendencies can be found – both in newspaper articles and books. However, journalist and author Matthias Hannemann in his book “Der Neue Norden” [“The New North”] or in his article “North to the Future” presents a profoundly different view on the developments in the North. To present this position diverging from the mainstream media perception, UArctic got together with Hannemann and discussed Arctic changes.

Hannemann emphasises that the title of his book – “The New North” – refers to a dual perception of the north. The traditional central European view when participating in the discourse on the Arctic is dominated by images such as “ice cold”, “untouched nature” or “periphery”, which, due to climate change and the inflow of industry is now changing. Hannemann says: “Both is changing the North – especially in our heads. The long ongoing presence of industry in the North (for example the oil industry in Alaska or the ore industry in Kiruna or Kirkenes) does not play a role there; the collective memory has long ignored these facilities. But now, as climate change adds to this, we think about ‘oil’, ‘gas’, ‘ore’ and ‘industry’ when using the term ‘Arctic’ – we think of a North that seems ‘new’ to us. That is the ‘new North’ from a central European perspective.”

Hannemann stresses that the image of a “race for resources“ in the Arctic is closely connected to these old perceptions as the Arctic is also commonly known as an arena of the Cold War while journalists evaluate the developments with instruments not adjusted to the present day. Although there is potential for conflict in the Arctic, there is no reason for hysteria. To the contrary, the Norwegian-Russian Agreement on the delimitation in the Barents Sea shows that cooperation in the Arctic is possible. “We should rather spend our time thinking about the mitigation of the risk of industrial exploitation in the Arctic than about the military,” Hannemann says. “We are incredibly scared of giving up our old image of the Arctic and fail to realize what is really going on in the Arctic. Even less: to notice the dreams of its inhabitants.” 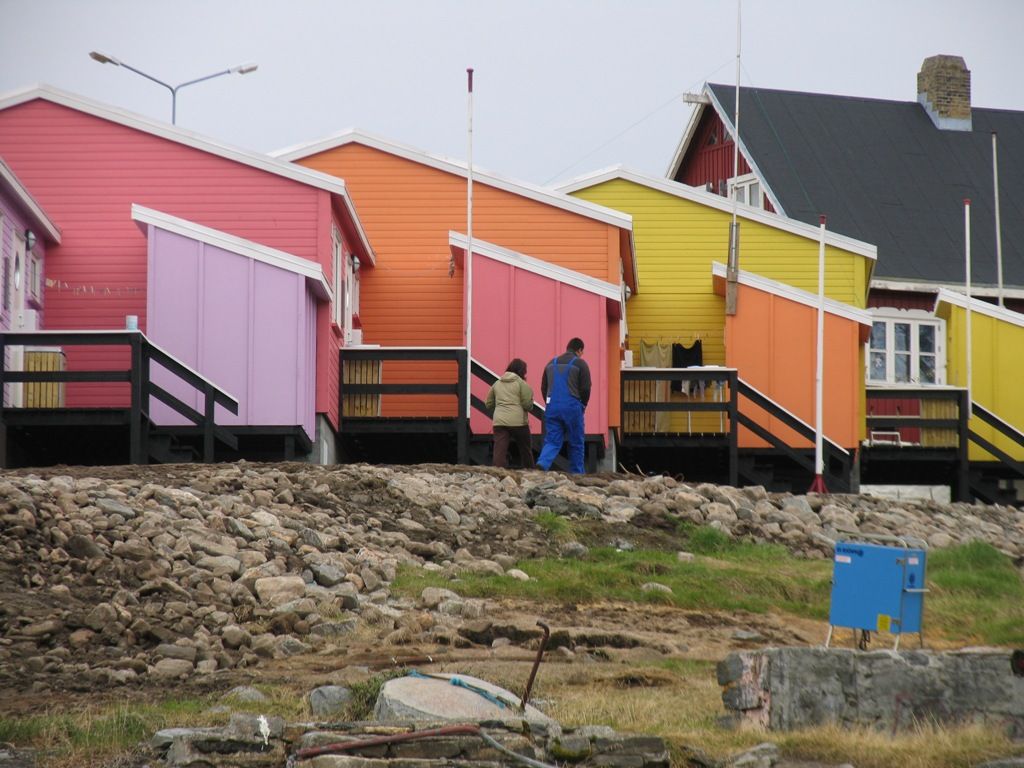 Therefore, it is crucially important to understand the Arctic perspective of a “New North”, which has long been a subsidy-business. With the northwards-moving industries aiming for oil, gas, oil or new trade routes, new jobs or tax revenues are possible. “This makes people dream – in Greenland, which strives to become independent from Denmark, or in Norway, whose fields lie in the North Sea, but are slowly but steadily depleting.” To capture the northern view on the developments and changes, Hannemann was primarily interested in northerners being influenced by or partaking in these changes, such as fishermen, engineers, mayors or diplomats. Also, he strove to involve people who have moved to the North to look for untouched nature and the silence of the Arctic. “My main concern was to capture many different perspectives. Everybody dreams his own dream. I visited these northern people and tried to let them speak about the presence and the future of the Arctic”

In his article “North to the Future“, Hannemann considers the Arctic as a projection screen for those who do not know it – thus also for central Europeans. Consequently, also the people living and working north of the Arctic Circle are influenced by this. While central Europeans can afford a certain degree of romanticism when thinking about the North, people in the North, as shown in his book, deal with the changes much more concretely - having to react to change.

One way to react to these changes is through education and networking, which Hannemann considers as key for to achieving sustainable education in and for the Arctic. Yet, he points out that in order for the region to change it needs to bear in mind not publicly-financed employment. For universities this means that they need to establish educational programs that prepare for employment in businesses and foster creative and independent thinking. “Important is to explain people that they can move something and self-actualize when they take things in
﻿
Tags: news