Travels from the Calotte Academy 2010

Discussions are coming to a close for the Calotte Academy 2010. The group of 17, composed of senior and junior researchers from eight countries, have been travelling ofthe roads of the Barents Region since April 7, meeting with different institutions and universities for academic presentations and discussions. Themes for these discussions have ranged from cross-border cooperation and security, regional economics and development, as well as energy and resource development.

The municipality of Salla, Finland was the first stop on the Calotte Academy tourin 2010. Members of the Government of Salla welcomed the group, who welcomed the group with presentations on Salla’s regional development, emphasizing theimportance of the growing tourism industry and the possibility for future cross-border cooperation with Russia through a linking rail system. 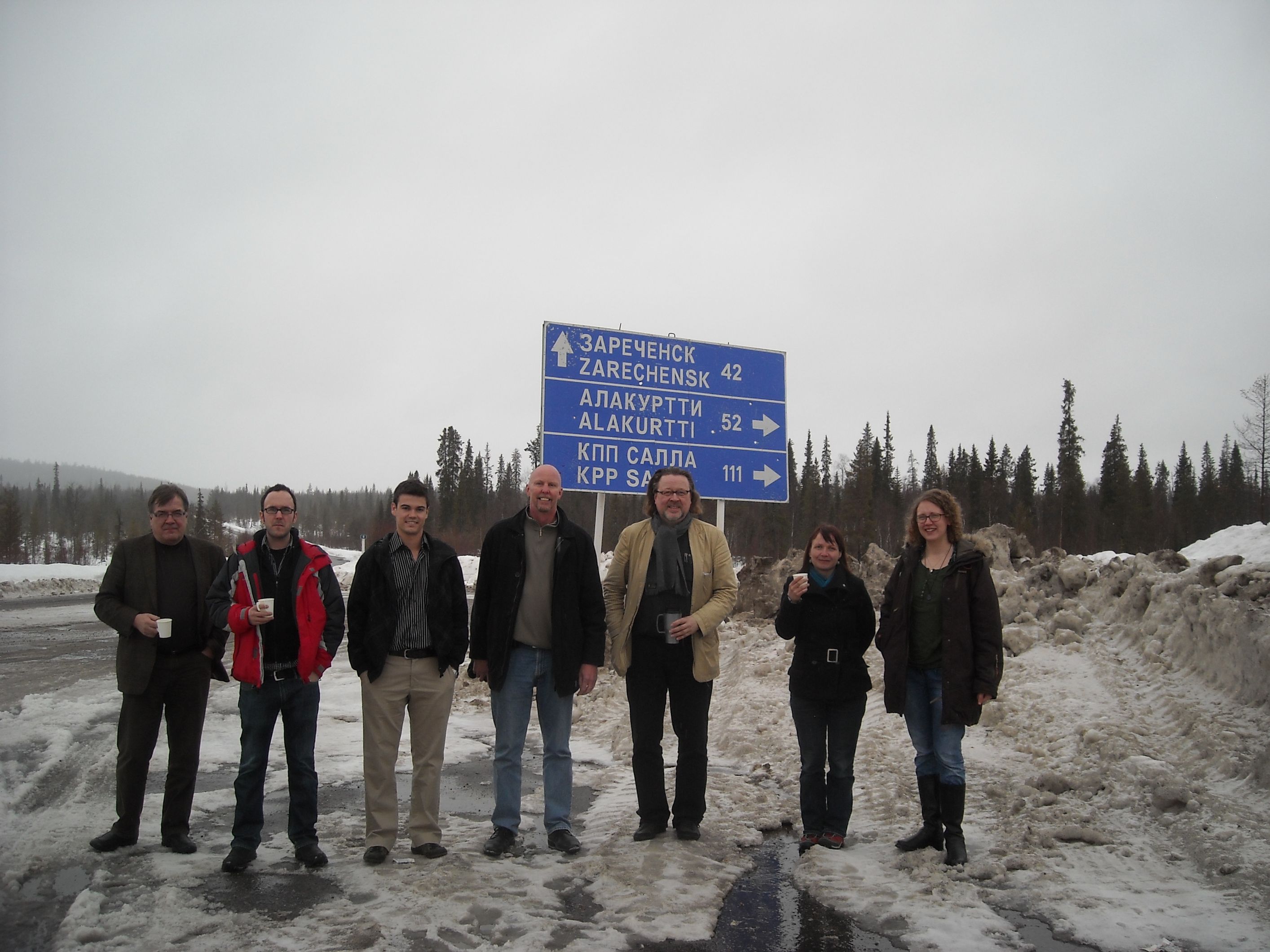 The group grew in numbers in its stop in Apatity, Russia where the Academy was organized in conjunction with the Luzin Readings 2010. The Kola Science Centre hosted the readings, with several presentations from their administration and researchers providing Calotte participants with information on Russia’s perspectives on resource development, the Northern Sea Route, and Finnish-Russian cross-border cooperation. The Science Centre was a gracious host, offering tours of theinstitutions and the city.

The group then travelled to Murmansk, Russia to meet with graduates of the Murmansk Humanities Institute who offered presentations related to energy extraction inthe Kola Peninsula and circumpolar health problems. The group also participated in the graduation ceremony of the 20 presenters, who had successfully completed their research. A tour of Murmansk was also organized with stops of the harbour to admire the Russia navy fleet.

The groupis now in Kirkenes, Norway at the Barents Institute where it is discussing energy development in the North and its security implications. Side meetings ofthe UArctic’s Thematic Network on Security and Geopolitics are taking place here, where future projects and collaborations are being organized by themembers of the network.

The Calotte Academy would like to thank the UArctic members that have hosted the group andhope further partnerships will be made between the institutions.