International Polar Year celebrated through music and lectures in Fairbanks

In celebration of the International Polar Year, the popular Inuit tribal funk band, Pamyua, gave two performances for K-12 students in Fairbanks, Alaska, on  February 1. In addition, Jenny Baeseman, director of the Association of Polar Early Career Scientists (APECS), introduced the students to IPY through her experiences working with researchers and as a scientist in Antarctica. Over 1000 enthusiastic students attended the events. 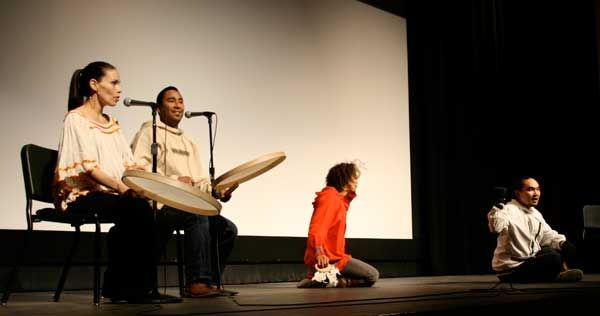 Pamyua also gave a public concert to a sold-out crowd of over 1300 people on the evening of February 1. The concert celebrated the unique ways that Alaska's cultures have and continue to adapt to a changing planet and was opened with remarks about IPY from UAF chancellor Steve Jones as well as a performance by the local Pavva Inupiat dancers.
These activities were sponsored by the University of Alaska International Polar Year Office. For more information contact Cherie Solie, statewide IPY outreach manager or Jenn Wagaman, outreach coordinator.
﻿
Tags: news